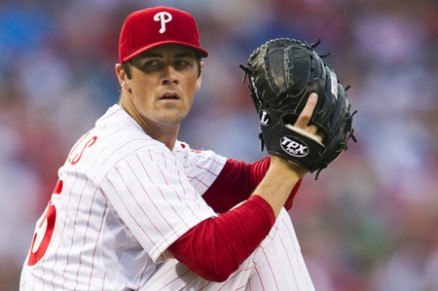 The extension runs through the 2018 season, and more importantly for the Phillies, it prevents Hamels from becoming a free agent at the end of this season.

Hamels, who was the 2008 World Series MVP and boasts a career record of 85-58, has been the anchor of a Phillies pitching rotation that features such All-Stars as Roy Halladay and Cliff Lee, is 11-4 this season with a 3.23 ERA.

The contract is the second-highest ever for a pitcher, behind only CC Sabathia of the New York Yankees who signed a seven-year, $161M deal in December of 2008.  The Phillies worked hard the past couple of works to hammer out a long-term deal with Hamels, whose name had come up more than once in trade scenarios that were proposed if the Phillies weren’t able to sign him before the trading deadline.