MAN OF STEEL set photos just seem to keep on popping up every day, and today is no exception.  The Man of Steel Facebook (via CBM) has posted some new photos from the set, which seem to show the female villain Faora (played by Antje Traue) in a non-motion capture suit, standing next to an actor (Michael Shannon as General Zod) in a motion capture suit.  Interesting to see that Zod may be the only one to have his suit created using CGI, but maybe the look of his suit will show his superiority as General.

The other photos show Henry Cavill in his Superman costume.  I have to say, subtracting the underwear part of the suit, along with the golden ‘S’ shield on the cape (as seen in yesterday’s post), gives the suit a sleeker look.  For the first time that I can remember, Superman’s suit actually looks badass.

I also find it interesting that DC Comics is rebooting the Superman comic book series in September with a brand new SUPERMAN #1, and one of the biggest changes made to his look?  NO MORE RED UNDERWEAR.  Coincidence?  I doubt it.  I’ve attached a photo of the new look Superman as well.

Take a look for yourself. 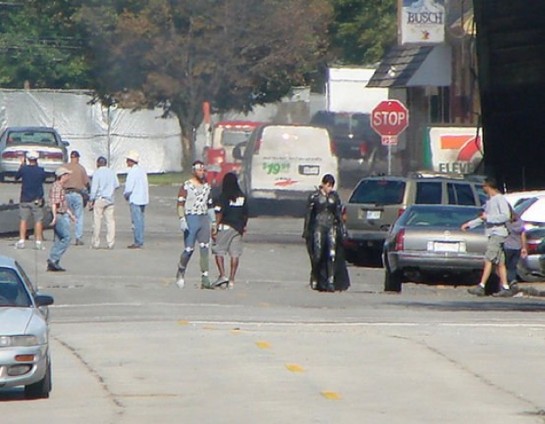 Antje Traue as Faora on the set of MAN OF STEEL 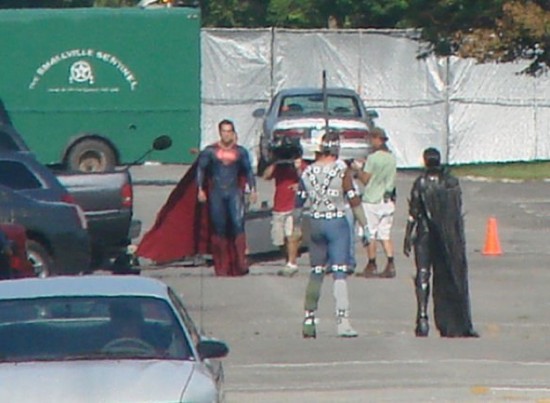 Henry Cavill as Superman on the set of MAN OF STEEL