Marion Cotillard says she is NOT Talia al Ghul 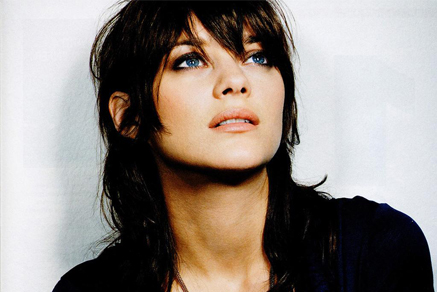 I, along with almost every other comic book fan out there, am convinced that Marion Cotillard’s character of Miranda Tate in ‘THE DARK KNIGHT RISES’ is just a cover for her true identity of Talia al Ghul, the daughter of Ra’s.  I’ve written about this ongoing debate of Tate’s true identity, giving reasons why she can be Talia and why she can’t be.  While she’s denied it before in the past, she’s been more evasive  in her answer than she was in this recent interview with The Hollywood Reporter.

Here’s the excerpt via /Film:

The actress started filming Knight in June 2011, working on and off until the fall in locations including Los Angeles, New York and Pittsburgh. She says there were long gaps when she wasn’t needed: “It was a very, very small role.”

Otherwise, Cotillard is coy about the picture, whose storyline has fueled pages of Internet speculation. All she’ll confirm is that, contrary to some fans’ belief, she does not play Talia, the vengeful daughter of Liam Neeson’s character, Ra’s Al Ghul (who also appeared in Batman Begins), and that she takes the role of Miranda Tate, an ecologically minded businesswoman who “is fascinated by Wayne Enterprises. They go through difficulties, and she wants to help provide the world clean energies. She’s a good guy.” But does she stay that way? “Yes,” she insists.

While she definitely seems adamant that she’s not playing Talia, the evidence against that claim seems staggering.  Plus, there’s only one benefit to her saying this, which is to build excitement for the film and fuel the speculation about her role even more.  Her answer in this interview is exactly what I would’ve expected her to say, but  I guess we’ll just have to wait until July to see if the Oscar winner is trying to pull a fast one on us.