Looking more like he’s filming a scene for a new TWILIGHT movie rather than a superhero one, Henry Cavill (who ironically enough was Twilight author Stephanie Meyer’s first choice to play Edward in TWILIGHT) was seen shirtless on the Vancouver Island set of MAN OF STEEL.

The set is supposed to be an Alaskan fishing village, and from the looks of the photos and Cavill’s ripped jeans, I’m guessing this is an early scene in the movie where Clark Kent is forced/discovers his super powers trying to save someone.  I have to say, it’s nice to finally see a Superman who looks like he could kick your ass even without super powers.  Check out the new photos below. 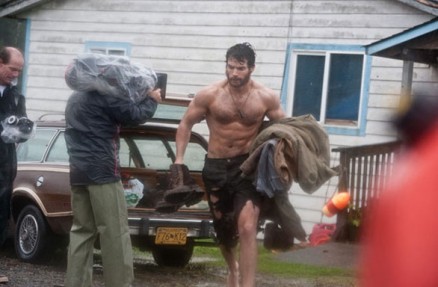 Henry Cavill on the Vancouver Island set of MAN OF STEEL

Henry Cavill as Clark Kent in MAN OF STEEL 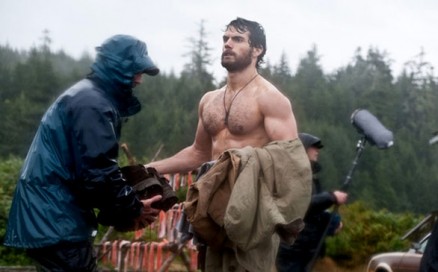