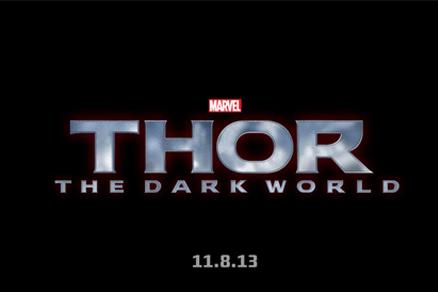 We’ve had a lot of Iron Man 3 info hit us the past few days–from the trailer to awesome new set photos–and now we have even more great details involving the plot. /Film has posted some major plot spoilers concerning  both Iron Man 3 and Thor: The Dark World (from Bombad Radio via Screenrant).  The details about both plots should be considered MAJOR SPOILERS, so read on only if you want to know…

Well, there’s going to be a big fight sequence with The Mandarin, who’s the main villain, which will involve none other than forty different iron man suits. There’s an amazing rescue where The Mandarin basically wants to bring down the American government and kill the President, and he launches an attack on Air Force One. All of them – the President and his men and staff – get sucked out of the plane, and Iron Man rescues them by forming this amazing human chain in the sky.

There’s some pretty spectacular stuff that goes on. There’s an amazing sequence where he has this rooftop house that he builds to store all his Iron Man suits, and it gets attacked by The Mandarin and these gunships […] I was shocked to discover there are like forty Iron Man suits written into this feature in various ways…so that’s going to be pretty impressive. But apparently he needs this Iron Man army to go up against The Mandarin’s forces.

None of this should come as much of a surprise to us since we are getting a pretty good idea of the plot thanks to the trailer and set photos.  I think this film will be epic, and am wondering if it has the potential to be the first Marvel film besides The Avengers to surpass the $1B mark at the box office.

Now, onto Thor: The Dark World.  We’ve gotten some great set photos from the film but the details about the plot have been noticeably scarce, until now.  One of the major questions surrounding this film and its plot is how Loki will factor into it.  We know that Tom Hiddleston (one of the most underrated actors out there, in my opinion) will be reprising his role as Thor’s half-brother again, but we haven’t known to what extent that role would be , especially post Avengers.  These new plot details shed light on that and much more.  Again, if you want to save yourself from spoilers stop reading now.

Thor becomes reunited with Jane who becomes possessed by a Dark Spirit, which is connected with the Dark Elves; a race the Asgardians have fallen out with many years beforehand […] The Dark Elves attack Asgard, and they take a huge hit. So Thor has to rebuild Asgard by putting together an army to go and take the battle to the Dark Elves and defeat them. But the only way he can do this is – he needs to cross over to the Dark World, and the only person who has access to the dark side of Asgard is his old brother Loki, who at the beginning of the film is locked up in prison.

So what happens is Thor basically has to negotiate this truce with Loki, and he goes on this great trek with Jane, all three of them. They go to this far side of Asgard, which is being shot in Iceland, where they train and assemble an army to go and attack the Dark Elves’ world.

But the exclusive twist…is that one of the things that happens during the Asgardian attack is that Thor’s mother gets killed. So it becomes like a vengeance thing. And they were keeping very tight-lipped about what actually happens with Loki, you don’t know whether he redeems himself or he’s still the bad egg.

If these details turn out to be true, then this film is going to be epic and it sounds like Loki’s role is going to be more than just a brief appearance, which should excite most fans.  This film already has a Lord of the Rings feel to it in terms of major battle scenes and elves.  I can’t wait to see Thor back in action and am glad we’ll be seeing much more of Asgard in the sequel.