‘JUSTICE LEAGUE’ Movie Will Be Composed Of Five Key Members 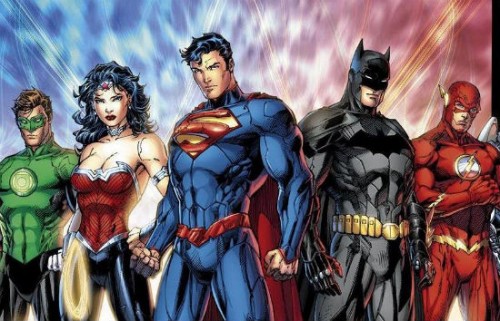 There’s still a lot of uncertainty surrounding the Justice League movie from Warner Bros.  The film doesn’t have a director, script, or official release date yet.  The only thing that does seem certain is who the villain will be.

While we wait for all the behind-the-scenes details to get sorted out, one thing we can now (possibly) confirm is who the core members of the movie will be.  According to Latino Review, the five stars of the film will be: Superman, Batman, Flash, Green Lantern and Wonder Woman.  It shouldn’t come as much of a shock hearing that these members would be involved since they are perhaps the most well-known players of the group.  The script, which is being written by Will Beall, will focus on these characters and may also include cameos from other members such as Martian Manhunter and Aquaman.

While I have been adamant in voicing my opinion on why a Justice League movie is a terrible idea, I think that this is the safest route for the studio to take if they are actually going ahead with it.  Batman and Superman need no introduction, and audiences already know who Green Lantern is (even if they all agree his movie was a piece of shit), and Flash and Wonder Woman are well-known enough that audiences won’t have much of an issue accepting their presence in the film.  Now, if Martian Manhunter and Aquaman were in it as major players, then there would be a big problem.  Those two characters, while fascinating in their own right, are too secondary to have major roles in the film; at least for right now.  If they have cameos, you can be sure that the purpose for their appearances will be to set them up for their own films down the road, or at the very least, for a more substantial part in a sequel to Justice League, assuming of course that the film is a financial success.

Again, I am wary of a Justice League movie, and people who I have spoken to close with Warner Bros. are also skeptical.  If Man of Steel turns out to be a major success, which I think it will, it would be a shame to see that franchise suffer because they decided to put Cavill in a Justice League film.  After the flop of Superman Returns and the red flags surrounding Justice League, I think Warner Bros. really needs to rethink this film if it wants to protect the Superman franchise, and the franchises of their other major properties, going forward.