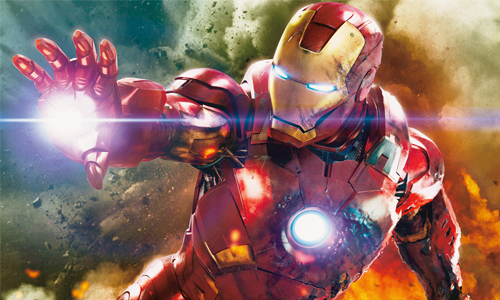 It’s a question many of us have wondered since we saw the first trailer for Iron Man 3: if Tony Stark is in so much trouble, why doesn’t he call on his Avengers teammates to help bail him out?  I mean, if the team can get together to defeat an alien invasion, simply putting the kibosh on a terrorist’s plans would seem like no big deal, right?  Plus, we saw Stark and Bruce Banner driving off together at the end of The Avengers, so one would assume the two have formed a strong friendship.

Well, according to Marvel President Kevin Feige, those questions will be answered in the movie.

/Film recently joined a round table discussion with both Feige and Iron Man 3 director Shane Black, and Feige addressed this issue when asked.

Journalist: After cell phones came out horror directors had to come up with elaborate ways to explain why people wouldn’t call someone on a cell phone for help, now that all The Avengers know each other do you have to come up with excuses for why Tony Stark wouldn’t reach out when he needs a hand?

Feige: It’s a good question, and it’s sort of half and half. I am betting that like the comics you don’t have to keep – if you are reading a standalone “Iron Man” comic, they don’t spend every page explaining where every other Marvel hero is. The audience kind of accepts that there are times when they’re on their own and there are times when they are together. I’m betting that movie audiences will feel the same way. That being said, there is a little bit of lip service here and there to that. There is also just the very nature of Tony wants to, once he barely survives that house attack you saw today, and even you saw it in the message he left for Pepper, he’s basically saying “I’m going off the grid to try to figure something out.”

Does Feige’s answer leave you unsatisfied, or do you think it’s a plausible explanation?  I guess we’ll find out come May 3.

Set Photos From ‘The Amazing Spider-Man 2’