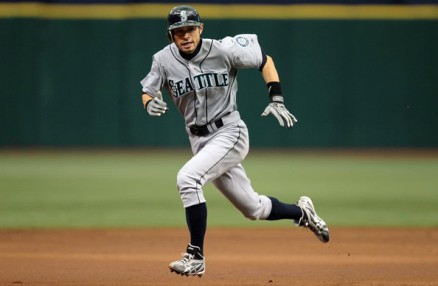 Ichiro Suzuki’s historic tenure with the Seattle Mariners has come to an end.  The 10-time All-Star outfielder was traded to the New York Yankees today for a pair of pitching prospects.

Ichiro, who won both the American League MVP and Rookie of the Year in 2001, is in the final year of a five-year, $90 million contract.  In a news conference announcing the deal, Ichiro stated that he requested to be traded as he did not want to return to a rebuilding Mariners team in 2013.

Since coming to the Major Leagues from Japan, Ichiro has a career batting average of .322 and has amassed over 2,500 hits.