“I BELIEVE IN TEAM USA” 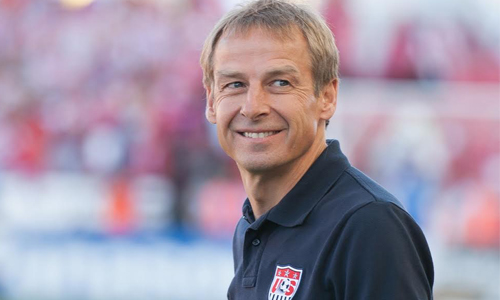 “I believe….I believe that we will…..I believe that we will win.” This zealous refrain echoed from sea to shining sea this past Sunday. With the success of the U.S. Men’s National Team (USMNT), Americans have become a nation of believers. Their faith is manifested in the groups of thousands and tens of thousands who gathered to watch at outdoor venues across the country and the record 25 million viewers for the game against Portugal.

In many ways, this is an unlikely covenant. The United States has been notoriously slow to indoctrinate itself to the world’s most popular sport. Back in 1994, the fan-base was more of a small cult. After hosting the World Cup that year, the U.S. sprouted its own professional league and the masses began to gather. Right now this former group of outcasts stands on the precipice of the mainstream.

The chant included at the beginning of this piece evokes a strong sense of faith. Faith can be defined as belief in something you cannot see. And American soccer fans have surely never seen their team as popular and influential at the World Cup. Yet fans are lining up, fully expectant of a miracle.

The current edition of the USMNT is different than its predecessors. This team has been constructed by a man with a radical methodology. Jurgen Klinsmann could be seen as American soccer’s adopted prodigal son. He is a legend in his native Germany, where he won a World Cup and buoyed the team with boatloads of goals. He then took over the German national team prior to the 2006 World Cup. He invigorated the team with new energy and led a successful campaign. Klinsmann, though, had been a resident of California for many years, and following his departure from the German team he was courted heavily by U.S. Soccer. For years he stayed away, only to finally come on board in 2011.

A coach of such high pedigree is something new for the U.S.   He has brought a different dimension to the team. He has encouraged his players to play their club football in more competitive leagues in Europe and heavily recruited several dual nationals with ties to the European game. A year ago the USMNT tore through the competition in qualifying and in the Gold Cup. Expectations were higher than ever approaching the 2014 World Cup.

Two games into the competition, the USMNT has exceeded all expectations. They beat Ghana in a thrilling victory. Approaching the end of the next match, the U.S. led Portugal (and reigning World Player of the year Cristiano Ronaldo) 2-1. They had come from behind to take the lead in another thrilling contest. Klinsmann had been lauded for making impact substitutions in both games. Then at the death, Portugal tied the game with the latest into the game goal in World Cup history.

The USMNT still has a very good chance of qualifying for the knockout round of the competition, but they must now face a formidable and familiar foe. Germany will test the team’s resolve like it hasn’t been tested thus far. The team will need another world-class performance from goalie Tim Howard and captain Clint Dempsey. They can advance with a win, draw, or several other scenarios.

The odds may have been long in the group of death. But as we’ve seen, belief persists. Even in the face of death, faith endures. If the Americans are able to gain acceptance into the elite company of the last 16 at the World Cup they are sure to gain scores of additional disciples. But no matter the outcome of Thursday’s game, soccer has broken through into the mainstream.