HOW TO REBOOT BATMAN WITH JOHN BLAKE 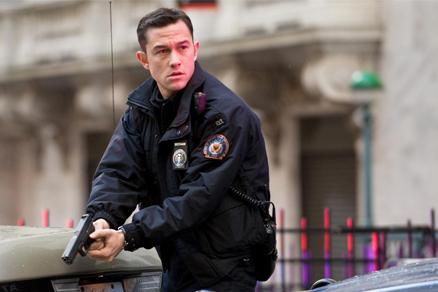 A few weeks ago I wrote about three ways Warner Bros. could go about rebooting the Batman franchise now that Christopher Nolan’s Dark Knight Trilogy has officially come to an end.  It seems like a daunting task for both the studio and whichever director is assigned to take over, but nonetheless the franchise must move forward.  The three ideas I proposed have gotten some great response from readers, so I wanted to expand on each theory a bit further.  Today, I want to explore the reboot idea that appears to be the most popular one right now: John Blake as Batman.

For those of you who don’t remember, John Blake (a.k.a. Robin) was basically given the Mantle of the Bat at the end of The Dark Knight Rises.  A lot of people, me included, would love to see a reboot featuring him as the new Batman and operating within the Gotham City that Nolan created.  First of all, forget that his real name is Robin.  His name could be Jack Napier for all I care.  If you’re going to go forward with Blake as Batman you have to make people forget Blake is Robin.

So, what’s the best way to make a Batman movie with John Blake?  There are three ideas I think would work best.

Let’s face it, the Batcave and Wayne Manor go hand-in-hand.  While Blake had access to the Batcave at the end of TDKR, he wasn’t given the mansion itself.  So, how can Blake live and work in Wayne Manor and the Batcave the way Bruce Wayne always has?  Simple: have Blake be in charge of The Martha and Thomas Wayne Home For Children.  You’ll remember that at the end of TDKR Bruce Wayne’s will stated that his estate would be used to house and care for the city’s at-risk and orphaned children.

The children were originally set up at St. Swithin’s Home For Boys, where John Blake lived after the death of his parents.  Having Blake be head of the Wayne House seems like a natural fit—and we saw in TDKR how much he cares for the kids.  It would allow him to not only look after the people he loves but also be able to work and operate out of the Batcave without raising any eyebrows.  There’s no way you can have a Batman movie without Wayne Manor, even if it isn’t Bruce Wayne occupying it.

For me, the best part about Batman Begins was watching Bruce go through the growing pains in becoming the Dark Knight.  From fighting Ra’s al Ghul on a frozen lake to jumping off police headquarters in a black ski mask, it was a great way for us to see how Batman became Batman, something we never got to see in Tim Burton or Joel Schumacher’s films.

What sets Batman apart from other big name DC heroes like Superman, Green Lantern, and the Flash is the fact that he has no superpowers and relies solely on his strength and detective skills—although having a billion dollar bankroll and an arsenal of cool gadgets at your disposal doesn’t hurt.  I think audiences would love to see Blake go through similar growing pains instead of watching another origin story about Bruce Wayne.  What would make this type of reboot even more interesting is the fact that Blake has no formal training.

Bruce was mentored by Ra’s al Ghul while Blake was just left with a cave full of bats at the end of TDKR.  I’d love to see how Blake goes about becoming Batman and I would also love to see him do so reluctantly because Blake knows what Batman stood for and what he meant to Gotham.  A part of him has to believe that he can never live up to the standard that Bruce Wayne set as Batman and what the people of Gotham have come to expect from the Dark Knight.

I like to think that at first Blake would refuse to wear the mask and suit out of respect for Bruce Wayne and because he’d feel as though he hadn’t earned that right yet.  He may start off rogue and just wear a ski mask or some variation while fighting out on the streets, and once he’s learned to channel his anger the way Bruce did—I’m guessing by the end of the second act—he takes up the mantle of the bat officially.  There may also be another reason why he takes on the role of Batman, which I’ll explain below.

MARCH OF THE PENGUIN

Batman helped eradicate organized crime in Gotham City and, prior to Bane’s arrival, the city experienced their most crime-free period in recent memory.  Now, with Batman assumed dead and gone, what’s to stop organized crime from rearing their ugly head again?  And, who would be a great criminal to take on that role?  For me, there is one villain in Batman’s rogue gallery that I think would have been perfect for Nolan’s world of realistic characters.  He would also serve as a great first-nemesis for John Blake’s Batman.

The villain I’m speaking of is Oswald Cobblepot, a.k.a. The Penguin.  I’m not talking about making him look and sound like Danny DeVito’s interpretation of

the Penguin in Batman Returns.  You don’t even have to ever call him Penguin, just like Selina Kyle was never officially called Catwoman in TDKR.  Instead, make Oswald the head of a new nightclub in Gotham—The Iceberg Lounge—and have his club be a front for a drug and weapons smuggling operation.  With no Batman, crime is bound to return to Gotham and someone is sure to try and establish himself as the new head honcho.

I always felt that the Penguin would have been the perfect fit for Nolan’s Gotham, especially if Philip Seymour Hoffman took the role.  You can have Blake discover Penguins operations and realize the only way to strike fear back into the hearts of criminals is to have the Batman return, which is when he decides to finally wear the cape and cowl.  The symbol of Batman alone is enough to scare criminals, but having him seemingly return from the grave after surviving a nuclear blast is sure to terrify more than a few people in the underworld of Gotham.

What’s even better is that in newer characterizations of the Penguin, he actually acts as an informant for Batman, who comes to tolerate certain operations of the Penguin in exchange for information.  It’d be great to see Blake become Batman and eventually build this relationship with the Penguin.  Plus, it would allow the villain to be a mainstay in future films, even if the Penguin isn’t the main adversary.

We’re still a long way away from finding out what Warner Bros.’ true intentions are for the Batman reboot, but with a lot of people clamoring for John Blake to take over, I think this might be a great way to create a Batman franchise with him in charge.

Leave a Reply to Only Tony Cancel reply