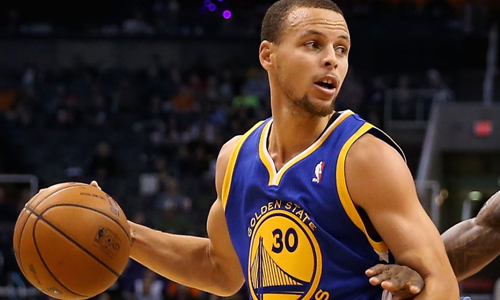 The best player on the best team usually ends up winning the NBA MVP award, and that’s exactly how voters felt as they awarded the NBA’s most prestigious honor to Golden State Warrior’s point guard Stephen Curry.

Curry, who averaged. 23.8 ppg to go along with 7.7 apg, helped lead the Warriors to a franchise-record 67 wins this season and secure the top seed in the Western Conference. Curry also broke his own NBA record for three-pointers made in a season with 286, a record he set two years ago with 272.

Curry will likely be awarded the MVP trophy before Tuesday’s Game 2 Western Conference Semifinals matchup against the Memphis Grizzlies.

Curry beat out James Harden of the Houston Rockets and LeBron James of the Cleveland Cavaliers. The Golden State guard collected 100 of 130 first-place votes. He is the first Warriors player to win the award since Wilt Chamberlain won it for the Philadelphia Warriors back in 1960.

Colin J. Liotta is the co-founder and Editor-in-chief of The Sports Hero and a loyal fan of the Boston Celtics. You can follow him on Twitter @TheSportsHero.