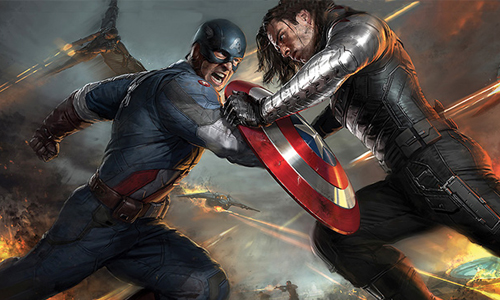 Here is the first official trailer for Captain America: The Winter Soldier, and it looks unlike any Marvel movie we’ve ever seen…and that’s a good thing.  While the trailer is certainly filled  with all the action and hoopla that we’ve come to expect from the Marvel Universe, it has a twist of Cold War, political intrigue.  It’s great to see Robert Redford in the mix and Chris Evans dons a sweet new Captain suit.  We don’t get to see much of the Winter Soldier (a.k.a. Bucky Barnes), but I’m sure the next trailer will be very Barnes-heavy and focus on the relationship between Rogers and his former best friend.  Stay tuned.