First photo of Ultron in ‘AVENGERS: AGE OF ULTRON’

With Comic-Con fast approaching, it is no surprise that photos from Avengers: Age of Ultron have been released in the latest issue of Entertainment Weekly.  What better way to get fans excited than to give them a sneak peek of the movie?

The cover of Entertainment Weekly, seen below, shows Iron Man, Captain America and, of course, Ultron in all his glory.  You can see other robots in the background (likely the minions of the robotic mastermind).  What I love most about Ultron is how true the image is to the comic book interpretation. Often times when a character is brought from a comic book to the big screen the film interpretation varies from the source material, but it seems like Joss Whedon and his team know what they are doing.

Take a look at the picture followed by some other images from the movie.  We get our first look at Quicksilver and Scarlet Witch, and you’ll even notice Don Cheadle in one of the images.  What role War Machine has in this film remains to be seen, but it’ll be great to see him and Stark teaming up again. 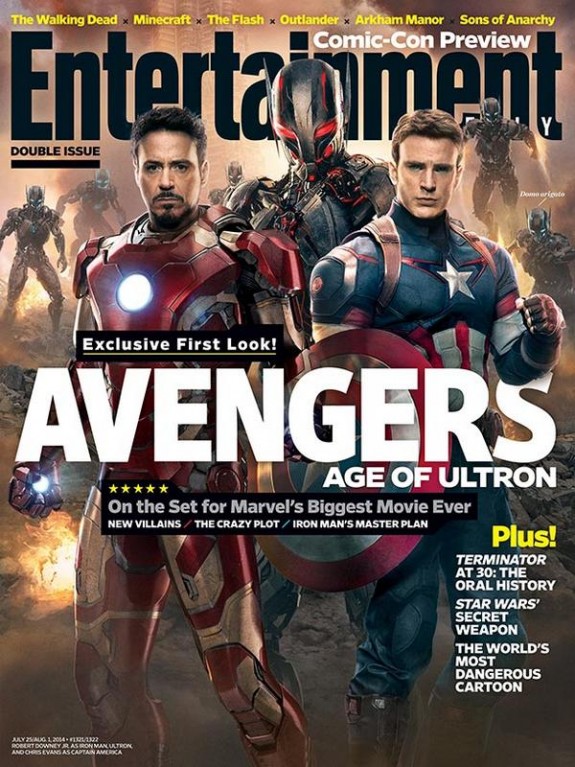 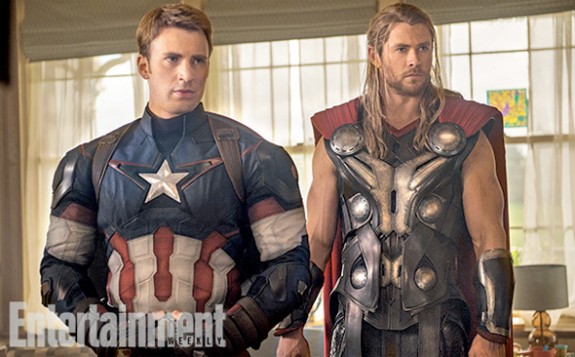 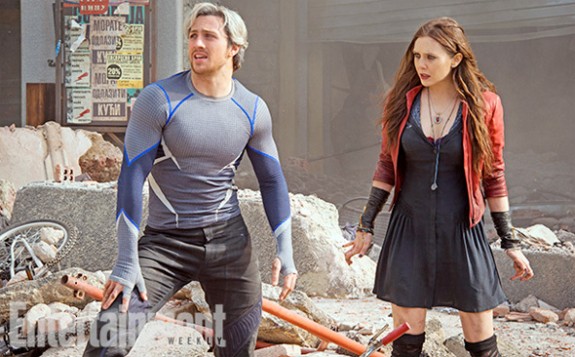 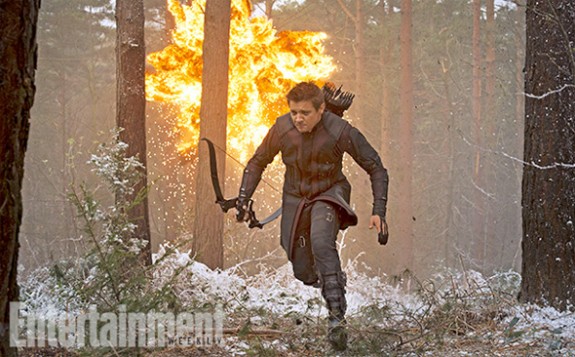