First look at new costume from ‘THE AMAZING SPIDER-MAN 2’

Director Marc Webb teased back in November that Spider-Man’s new look in The Amazing Spider-Man 2 would look more like it did in The Ultimate Spider-Man, which for fans meant bigger eyes.  He tweeted a video the other week that showed a quick flash of a new eye shape, and today we get the new and improved look of Spidey courtesy of ComingSoon.net.  I have to say, this new costume looks great; by far the best incarnation of the suit we’ve seen in either Webb’s films or Sam Raimi’s.  This look definitely conjures up images of what the character looks like in the comics, and I can’t wait to see him in action on the big screen against the likes of Jamie Foxx and Paul Giamatti. 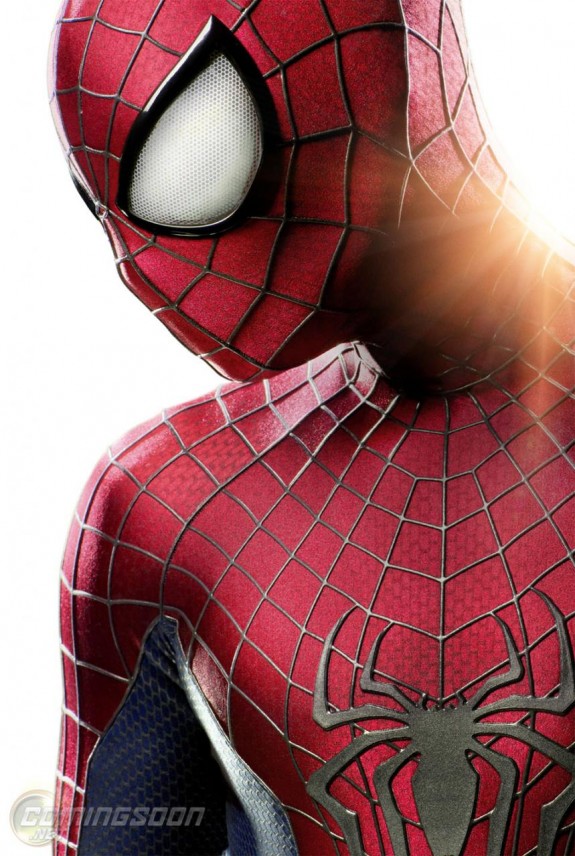 In The Amazing Spider-Man 2, Peter Parker (Andrew Garfield) finds, life is busy – between taking out the bad guys as Spider-Man and spending time with the person he loves, Gwen (Emma Stone), high school graduation can’t come quickly enough. Peter hasn’t forgotten about the promise he made to Gwen’s father to protect her by staying away – but that’s a promise he just can’t keep. Things will change for Peter when a new villain, Electro (Jamie Foxx), emerges, an old friend, Harry Osborn (Dane DeHaan), returns, and Peter uncovers new clues about his past.