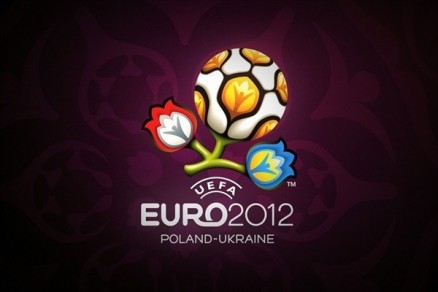 Football fans in Europe and all around the world have laughed, cried, and skipped work over the last month all for one reason: The European Championships—being held in Poland and Ukraine this summer.  The tournament, held every four years, is second in importance only to the World Cup.  And due to the high concentration of talent, many pundits believe it’s the more difficult crown to win.

We’ve reached the semi-finals with four compelling teams left vying for the title.  Spain, Portugal, Italy, and Germany make up Europe’s Fantastic Four.  And much like the comic book version, they are each unique and talented in their own right.  Italy and Germany are the two most successful international sides in European football history.  Together they claim seven World Cups and four European Championships.  Spain are the reigning World Cup and European champions, and are aiming for a first ever three-peat in major tournaments.  And Portugal, probably the best team to never win a major championship, are led by Europe’s Ubermensch, Cristiano Ronaldo.

Who will rule the continent in 2012?  Let’s take a look at each of the teams, how they got here, and what’s to come.

The Spanish side has dominated international football in recent years, having won the Euro’s in 2008 and the World Cup in 2010.  As mentioned above, they have historic aspirations for this year.  Their team is absolutely stacked.  The vast majority of the team comes from either Barcelona or Real Madrid.  Most view these as the top two club teams in the world.  They are missing two key cogs from their previous runs: David Villa and Carles Puyol. Villa, their talisman and all-time leading scorer, is out with a long-term injury and Puyol picked up a knock right before the tournament.  As a result, at times they have played without a true striker.  This has left six midfielders playing interchangeably.  Their short passes and tiki-taka style has got them through thus far, but questions remain for the latter stages.

As an alternative to the six midfielders setup, Fernando Torres has come off the bench to stretch the field and act as a true striker.  If you haven’t followed the saga that is Fernando Torres, it has truly been remarkable.  He is one of the most talented footballers on the planet, but it seems, also one of the biggest head-cases.  This man needs a shrink like ARod circa 2004, Lebron prior to this year, or Tiger after the sex scandal.  A year and a half ago he was transferred from Liverpool to Chelsea for a record fee and has since been nothing short of a colossal failure.  In what should have been a triumphant moment this year, Torres spoiled a Champions League victory by bemoaning his role as a substitute. Spain surely has enough talent to overcome the Fernando sideshow, but it’s a fascinating subplot. 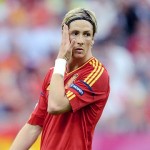 Spain are matched up against their Iberian cousins Portugal in the first semi-final.  This sets up a fascinating tactical duel.  Portugal, more known for their offensive flair, has displayed a stingy defense.  Spain’s opponent has held the powerful Germans to just a late goal, and recently left the Czechs without a single shot on goal.  The big decision for Spain will be whether they employ a striker.  The likes of Xavi, Iniesta, David Silva, and Cesc Fabregas will be pulling the strings in the midfield.  In some ways Spain’s best defense is their possession game.  But who will deliver the decisive blow? They will have to watch Portugal’s counter attack, with Ronaldo and Nani running loose down the flanks.  While Portugal possess the best singular talent, it would be crazy to pick against Spain at any stage of the tournament.  I see them going through with a narrow victory.  Maybe Torres will even get the monkey off his back in a big spot.

Portugal emerged from the group of death having weathered the storm against Germany, and having handed defeat to Denmark and the highly rated Dutch.  Things did not look so rosy at the outset for Ronaldo and his comrades.  After dropping the first match to Germany, the Portuguese entered the match up with Denmark needing a win.  It took a dramatic 87th minute goal to get the job done.  Ronaldo had several misses that game and was taunted by the Danish fans with Messi chants.  Cristiano quipped with the media following the game, “Where was Messi a year ago?  Getting eliminated from the Copa America in his

own country.”  This personal rivalry has been well chronicled on this very website, and it looked to be bothering Ronaldo.  But his frustration gave way to focus against the Netherlands and the Czech Republic.  Ronny looked like a constant threat in both matchups, scoring two against the Dutch and the game-winner against the Czechs.  His turnaround has even led some to compare his influence on this tournament to Diego Maradona’s historic 1986 World Cup.  If he can lead Portugal to European glory, I’m sure the accolades will only grow.

Italy entered the tournament under a cloud of controversy.  Officials had recently raided the National team camp and one player was dismissed amidst a match-fixing scandal.  Sadly, this has become almost commonplace in Calcio and Italian Prime Minister Mario Monti even suggested that Italian football be suspended altogether for a 2 or 3-year period.  Team Manager Cesare Prandelli commented that he would be okay if the team had to pull out of the tournament.  But, the show went on.  The four-time World Champions had something to prove as they arrived in Poland and Ukraine.

Italy was drawn into a very difficult group, alongside Spain, Croatia, and Ireland.  The Azzuri exceeded expectations in the first game, drawing 1-1 with Spain.  Antonio Cassano had returned from heart surgery to provide an offensive spark.  The much-maligned Mario Balotelli gained a starting role in attack.  Having reached his boiling point, he was subbed for multi-time Capocannoniere Antonio Di Natale, who wasted little time firing home a goal.  The first effort left the Italians feeling confident.

Against Croatia, the team was unable to hold a lead.  Andrea Pirlo fired home a picture perfect free kick to put Italy ahead early.  But the team reverted to defensive strategies, and paid for it.  Pirlo, incidently, is a strong candidate for Player of the Tournament.  The ageless midfield maestro has been brilliant.  His role as deep lying midfielder is unique in football today.  Italy went on to beat Ireland 2-0 when they needed it to qualify.  That win was highlighted by a balancing act backwards kick goal by none other than Mr. Balotelli.  Italy then squared off against England.  In a star studded matchup, the teams failed to score through 120 minutes.  While the Italians dominated, they weren’t able to get the decisive blow.  In penalty kicks, Italy fell behind early, but were buoyed by a delicate chip from Pirlo and went on to win.

The Italians face current tournament favorite, Germany, in the semifinal game. For tactical and logistical reasons their backs are up against the wall.  Italy will come in to the game with two fewer days rest than their opponents.  The Germans will be favored, but history tells a different story.  Germany has never beat Italy in a major tournament.  It will be interesting to see which lineup Prandelli employs.  He has tinkered with the formation and nearly all of his midfield players have shared time.  I would just hope his nostalgia for former Fiorentina mate Ricardo Montolivo has worn off and someone else is identified to take his place.  In my heart, I would love to see an Italian victory.  I just can’t see them getting past my pre-tournament pick, Germany.

Germany steamrolled the competition while qualifying for the European Championships and hasn’t slowed down since reaching the tournament.  This team has been picked by many to unseat Spain as kings of Europe.  The Germans bring a tantalizing blend of skill and system to the pitch.  Much of their squad is made up of Bayern Munich players.  Bayern was one of Europe’s top club teams this year, having lost in penalty kicks to Chelsea in the Champions League final.  That bitter end will leave them hungry to re-write the story on their 2012 seasons.  Mesut Ozil, Bastian Schweinsteiger, and Mario Gomez have led the way thus far.

The Germans fought fellow semifinalist, Portugal, to a 1-0 win in the opening game.  Gomez provided the game winner in the late stages.  Despite the win, manager (and possibly coolest man in Europe) Joachim Lowe was unsatisfied with his team’s performance.  They followed it up with a 2-1 win over the Netherlands.  Gomez scored twice as Germany dominated their highly regarded counterparts.  In the final group stage match they got by Denmark in a surprisingly close 2-1 win.  Moving to the quarterfinals, Germany fielded an unexpected starting XI.  Stalwarts Thomas Mueller, Lukas Podolski, and Gomez were lifted.  It was almost as if to taunt every other team with their depth.  Sure enough, the newly inserted Marco Reus and Miroslav Klose scored in a 4-2 victory over Greece.

Germany will come into the contest with Italy with all the confidence in the world.  They were the only team to win all three group stage matches.  It seems as if they have 15 or 16 players capable of domination.  They have the extra motivation of a bitter defeat in the Champions league final and the added hunger of not having won a major tournament since 1990.  The only thing standing in their way could be history.  Germany have never beat Italy on the big stage.  Despite all evidence pointing to a victory for Die Mannschaft, maybe their neighbors to the south own the keys to victory.  Despite historical precedent, I expect Germany to get by Italy and then go on take their seat on the thrown as kings of Europe.