First Official Look At The ‘DAWN OF JUTICE’ Batmobile

The ‘”Dawn of Justice” Batmobile looks like a combination of both Tim Burton’s Batmobile and Christopher Nolan’s Tumbler. The design is sleek and sexy, and I love the minor addition of the break lights on the wheels. While some people are a bit upset that this Batmobile appears to have guns on the front, I’d be quick to remind people that the Batpod in “The Dark Knight” had guns on it, too. I’d assume this gun shoots rubber bullets, and is not an actual weapon designed to kill people.

It’ll be great to see this thing in action, and I have a feeling it will hold its own when battling (and then fighting alongside) Superman. 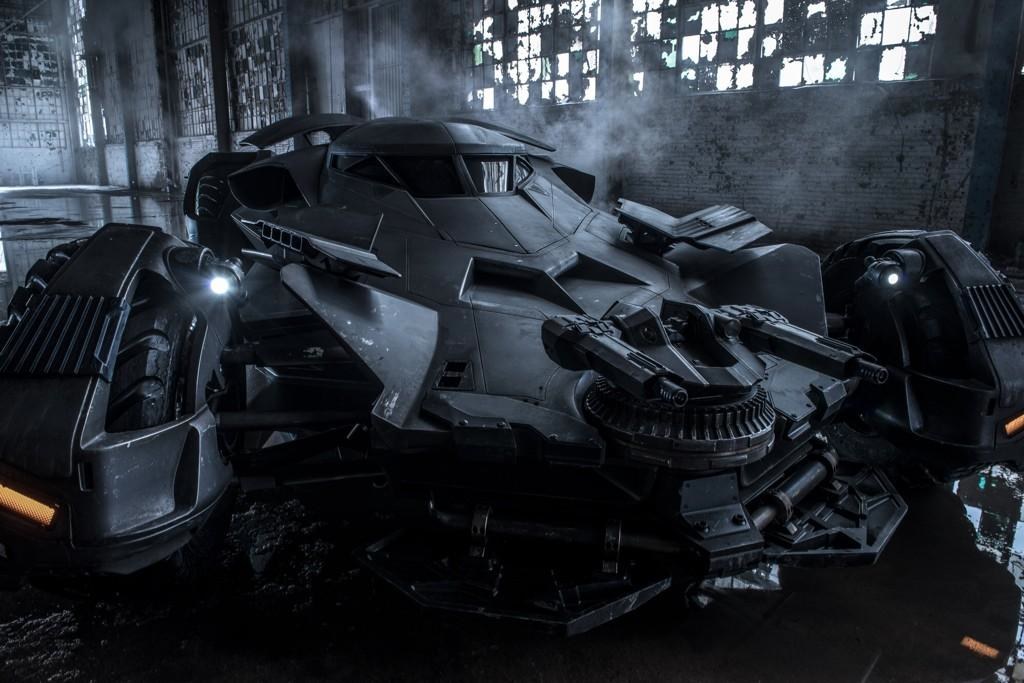