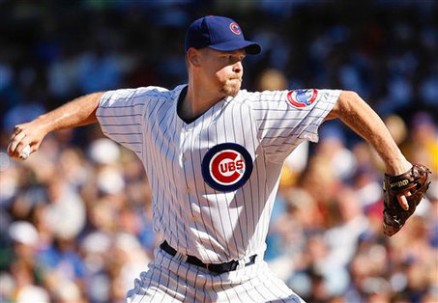 By THE ASSOCIATED PRESS

CHICAGO (AP) — Kerry Wood, who electrified baseball with a 20-strikeout game as a rookie in 1998 before his career was slowed by injuries, is retiring.

Wood announced his decision Friday after coming in to face a single batter in the eighth inning during a 3-2 loss to the Chicago White Sox at Wrigley Field.

Wood struck out Dayan Viciedo on three pitches before he was replaced. His teammates joined him on the mound to congratulate him and he left to a rousing ovation. He was hugged by his son as he reached the dugout and moments later, he came out for a curtain call waving his cap to the fans.

Wood went on the disabled list earlier this season with shoulder fatigue and had struggled all year.