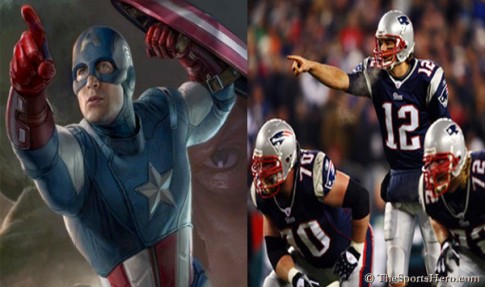 Quick Note: Living in Los Angeles the past three years, I’ve become accustomed to the lack of seasons. I don’t think I’ve ever once checked the weather report since I’ve lived here. I’m from Boston, so if there’s no snow outside, pants and any kind of shirt will work just fine. Time seems to fly by a lot faster on the West Coast when there are no distinguishable seasons. The months just seem to merge together in my mind. The one thing I miss most about the East Coast is fall. There’s just something about fall in New England. There’s a certain smell and feel to the air. If you don’t know what that feeling is, I can’t describe it to you. You’ve got to experience it. As much as I miss the fall weather back east, there is one thing that reminds me what time of year it is: football. As I write this article, we are less than three hours away from the kickoff to the 2011 NFL season. Fall has officially arrived…

And with the arrival of fall and the start of the NFL season comes the beginning of Tom Brady and my beloved New England Patriots’ quest for another Super Bowl championship.

Hard to believe this season will mark ten years since Brady led the Patriots to their first Super Bowl title.

In that time, Brady has thrown for 243 TDs and nearly 32,000 yards, and that’s not even including the entire 2008 season he missed because of a knee injury, thanks to Bernard “I Play Dirty Just Like My Favorite NBA Player, Scott” Pollard.

But in the span of ten years, we haven’t just watched Brady become a three-time Super Bowl Champion and one the NFL’s greatest players, we’ve watched him become a leader.

Now some may think that success and leadership go hand-in-hand, but leadership is not merely a byproduct of success. True leaders are the ones who never back down from a challenge and always maintain the same resolve and work ethic regardless of success.

For someone like Brady to achieve so much at such a young age—did I mention three Super Bowl titles before his 28th birthday?—it would be easy, probably even expected, for that type of success to go to one’s head.  I mean let’s face it, winning changes everything, and not always for the better.

With Hollywood looks and NFL success on his resume, Brady had every opportunity to put football on the backburner and enjoy his newfound fame. Even if he never won another title, Brady was Canton bound.

And it’s not like Brady didn’t have an excuse not to be distracted. From 2004 to late 2006 he dated actress Bridget Moynahan, having a son with her shortly after their breakup, and in 2009 he married Brazilian supermodel Gisele Bundchen (FYI, do we really need to identify a supermodel’s nationality if she’s Brazilian? Isn’t it just known that Brazilian women are hot? I’m starting to realize what persuaded the male board members of FIFA and the IOC to give Brazil the World Cup in 2014 and the Olympics in 2016. Banana Hammocks for all!). Anyway, you read off a list of the women Brady has dated, it’s surprising you don’t hear him say this every time their names get mentioned with his.

But through all the glitz and glamour off the field, Brady has remained just as focused and determined on the field as he was when he entered the league, if not more so.

After an embarrassing 33-14 loss at home to the Baltimore Ravens in 2009—the first playoff loss at home by a Patriots quarterback since 1978—Brady was back in the weight room shortly after, training so hard that friends and family had to tell him to take it easy.

And even though Brady played the majority of the 2009 season battling injuries, he refused to use that as an excuse when a reporter asked him about it following the loss to the Ravens

“Like I said, I don’t want to get into all that,” Brady said when asked if he played with broken ribs. “Whatever it is, we’ve got to overcome it. Certainly it didn’t keep me from playing, whatever my injuries are.”

More importantly, Brady never blamed his teammates for the Patriots’ shortcomings in the playoffs. In fact, Brady expressed enthusiasm and optimism for the team’s future immediately after the blowout loss.

What separates Brady from other players is his resolve. Despite a tough loss, and for that matter a tough season, Brady’s faith in himself and his teammates never wavered. It would be easy for a quarterback as successful as Brady to look around him after such a loss and try and point the finger at someone other than himself. But Brady knew the only way to succeed going forward was as a team.

Steve Rogers had the same mentality in Captain America: The First Avenger. After he freed the soldiers from the Hydra base, he was deemed a hero, much like Brady was after defeating the St. Louis Rams in Super Bowl XXVI.

Rogers now had—whether he wanted it or not—the recognition he deserved. With a successful rescue mission on his resume, along with a sleek new suit, it would’ve been easy for Rogers to bask in his newfound fame and become this type of Captain America.

But Rogers didn’t take advantage of anything. He used his success and his new position to help form a team, The Howling Commandos, to help him eradicate the Hydra factories and bases across Europe. Rogers knew he couldn’t do it alone, and he didn’t try to.

Even after a successful, though costly, mission in which Rogers and his team captured Hydra biochemist, Arnim Zola, but lost Rogers’ best friend, Bucky Barnes, Rogers didn’t take out his anger on anyone around him, instead using the loss as fuel to defeat Red Skull and destroy Hydra’s last stronghold in the Alps.

Towards the end of the film, Rogers successfully penetrated Hydra’s forces and gained access to the Alps base, allowing himself to be captured and taken to Red Skull in order to create a diversion that allowed British and US forces to engage the Hydra troops.

When Rogers was brought before Red Skull, the Hydra leader told him that Erskine gave [Rogers] everything, and asks, “What makes you so special?”

A simple answer, but one that says everything about Steve Rogers’ character. He was given power that most men only dream of. He had every right to be bitter about how he was treated growing up, and every right to want to use his new power for his own selfish gain.

But that’s just not who Steve Rogers is, and it’s not who Tom Brady is, either.

Abraham Erskine explained it best when he said that a weak man knows the value of strength and knows the value of power. Both Brady and Rogers started on the bottom. They know what kind of sacrifice and commitment it takes to get to the top. More importantly, they know that no one man is above anyone else. For them, it’s never been about the accolades and individual success. It’s about doing what’s right. Those around them know this mentality is not an act, but who they really are and how they truly feel. People believe in them, and buy into it themselves. Looking at both Brady and Rogers, one thing’s for certain: these two men were born to lead.