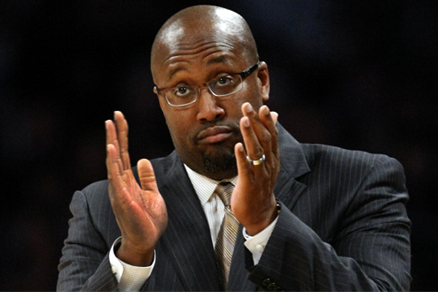 After a 1-4 start and posting the worst record in the Western Conference, the Los Angeles Lakers fired head coach Mike Brown on Friday, according to ESPN’s Ramona Shelburne.

After a busy off-season in which the Lakers acquired two-time MVP Steve Nash and center Dwight Howard, the Lakers were expected to be one of the top teams in the league this season.  But their disappointing start coupled with injures have led many fans to call for Brown’s firing.  It was expected that the upcoming homestand for the Lakers would be the barometer for Brown’s future, but according to sources who spoke with ESPN’s Marc Stein, management agreed the team wasn’t heading in the right direction and decided to make a move.

Brown and the Lakers were changing offenses this season, trying to implement the infamous Princeton Offense, which emphasizes constant motion, passing, back-door cuts, and picks off the ball.  The Lakers, though, have struggled to embrace the new system and the results have been evident.  Now, with Nash hurt and their $100M team struggling even further, management felt a change was needed.  Assistant coach Bernie Bickerstaff or Chuck Person will take over on an interim basis until the team can find a viable candidate to replace Brown.

I wonder if they still have Phil Jackson’s number on speed dial?