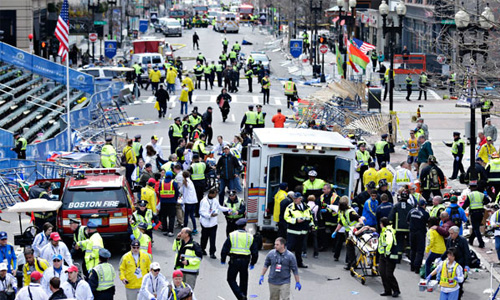 Two explosions erupted at the finish line of the Boston Marathon Monday, injuring several with two confirmed deaths so far.

The explosions came about three hours after the winners crossed the line and occurred on the north side of Boylston Street, just before the photo bridge that marks the finish line.  Seconds later, another explosion occurred nearby.

The White House has been informed of the situation and both NYC and Washington D.C. have beefed up security around prominent landmarks in the wake of the incident in Boston.