BOSTON: A CITY OF HEROES 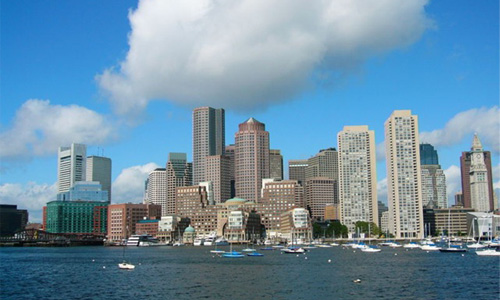 I grew up just outside of Boston, and as a kid one of my favorite memories was going down to my aunt and uncle’s house in Newton, MA, the day before the big race.  My family and I would spend the night there on Sunday, and the next day go we’d go out into the town to find an ideal spot along the street to cheer on the runners as they came by.

It was on the way to the race that you’d see the true comradery and spirit among the people of Boston.  Patriots Day is more than just a holiday for New Englanders.  It’s a day in which differences are put aside, problems forgotten, and family and friends come together for a day of unity and celebration to cheer on the brave runners taking part in the historic race.

I remember sitting on the grass with my brother, sister, and cousins in Newton and clapping like crazy as the sight of the first runners coming down the street brought everyone to their feet in a collective uproar of applause.  Kids immediately filled paper cups with water and, like an outstretched first baseman, got in position along the side of the road, waiting for a runner to come by and snatch their cup.

It didn’t matter whether or not you knew anyone in the race; you were filled with a sense of pride when you cheered these runners on: this was our race and these were our runners.  I often believed that the screams of support bursting from the depths of my lungs would help kick a runner’s brain and body into high gear and push them forward through the pain.  As a kid, giving your undying support to the participants was as close as you could come to running in the race.

After the events of Monday, Patriots Day will now have a whole new meaning for Boston and its people.  The marathon will continue, and every year it does we will honor those who were killed and injured in the attack.  It will be reminder to everyone that in a world full of evil and chaos, love and compassion ultimately prevail.

As a kid, I often saw runners dressed as superheroes run past me, and I remember thinking how cool it was that my favorite heroes were running the marathon.  But real heroes don’t wear masks and capes.  Real heroes are ordinary people willing to put their lives on the line to help others in a time of need.  They rise up in the face of adversity, and stand united through good times and bad.

And for that reason, the city of Boston and its people will forever be my hero.