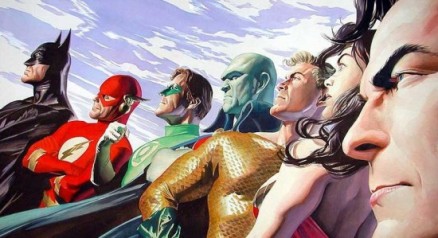 A few weeks ago, it was reported that Warner Bros. had approached Ben Affleck about directing their upcoming Justice League movie.  At the time, it appeared to be a long shot that Affleck would accept the gig, and today we can confirm that he is officially out of contention.  /Film (via a Canadian news outlet) quoted Affleck as saying:

“I’m not working on the Justice League. One of the problems with entertainment web sites is that they need to fill pages, and that’s how rumours get started… Justice League sounds really exciting, but it’s not something I’m working on.”

I have to say the news isn’t that surprising, but what is is the new rumor that Warner Bros. is now targeting Andy and Lana Wachowski.  With movies like Speed Racer and the Matrix Trilogy on their resume, it is understandable why WB would reach out to them in terms of visual content, but I feel this would be a horrible direction for the studio to go in.  Justice League is a tough enough movie to make on its own, considering we don’t have a number of feature films introducing each character’s origin the way Marvel did with their lineup of Avengers heroes, so the studio has to be wise with this imperative decision.

For Justice League to succeed, it is important to get a director who knows a thing or two about character development.  I’m not talking a director like Martin Campbell who made the disaster that is Green Lantern.  Although Campbell did a terrific job creating a solid origin story for James Bond in Casino Royale, his lack of experience with CGI came back to haunt him in GL.  I think finding a director who can balance both FX and character depth is important and Warner Bros. shouldn’t rush to this decision.  The future of several DC characters may ultimately hinge on the success of this film.

For me, my choice is still Duncan Jones.  I hope Warner Bros. surprises us with a great director, but right now this movie already seems doomed.