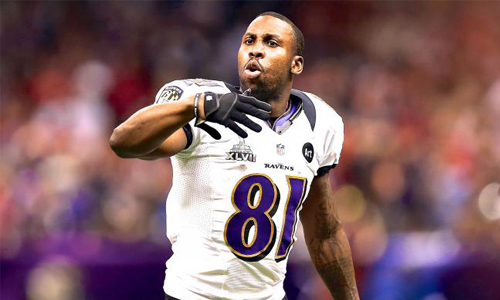 Call it brotherly love or a family discount: the Baltimore Ravens have traded wide receiver Anquan Boldin to the San Francisco 49ers.

Boldin, an instrumental part of the Ravens’ run to a Super Bowl title this past season, caught 22 passes for 380 yards and 4 touchdowns in the postseason, after catching only 4 touchdown passes during the regular season.  Boldin was on the verge of being cut by the Ravens this offseason because of his contract, and the move comes as a surprising one given that the 49ers are led by Jim Harbaugh, the brother of Ravens head coach John Harbaugh.  And, with the Ravens having recently signed Joe Flacco to a pricey new contract, getting rid of one of his prime receivers seems like a risky move.

Boldin, who is currently in Africa on a mission trip, needs to pass a physical before the trade can be completed.